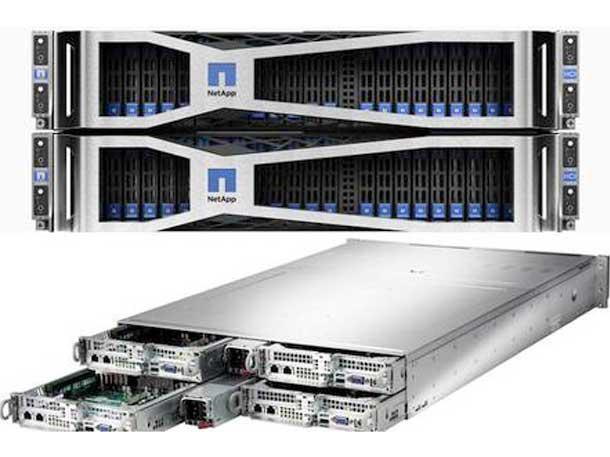 This article was originally post on CRN by Joseph F. Kovar.

NetApp, a late entrant into the hyperconverged infrastructure business, is planning to end production of its NetApp HCI technology and shift its focus to Project Astra, its planned platform for providing persistent storage when managing Kubernetes data and applications.

Eric Han, vice president of product management for public cloud services at NetApp, told CRN that his company is transitioning away from NetApp HCI, which is a hardware platform combining compute and storage, as the market increasingly moves toward software-defined storage.

“We see the world moving to Kubernetes and moving to software-defined and away from appliances,” Han said. “The market is adopting Kubernetes. Hyperconverged infrastructure was a necessary form factor to help in adopting the cloud. But providing a box for servers to do that is not necessary.”

For NetApp, the focus going forward will be on Project Astra. NetApp Project Astra, introduced nearly a year ago, is an initiative aimed at bringing enterprise-class storage services to the Kubernetes container platform as a way to manage applications and data as they move between on-premises and multi-cloud environments.

With Project Astra, NetApp moved away from developing its own Kubernetes distribution to instead focus on overcoming the biggest issue with storage containers, which is the lack of persistent storage.

NetApp HCI was the company’s first and only hardware appliance to provide compute capabilities but came as the company was more focused on expanding its cloud and software-defined technologies.

The hyperconverged infrastructure market is crowded, with VMware and Nutanix the market-share leaders by a wide margin.

Han said that Nutanix and VMware’s VxRail are both good technologies for what they need to do.

“But for NetApp, the value is in data and data management,” he said. “Every hardware vendor is going to go through similar considerations.”

Han denied that NetApp’s exit from the hyperconverged infrastructure market within the next year or so is related to competitive pressures.

“We see insights in how the market is moving toward Kubernetes,” he said. “We see that investments originally slated for hyperconverged infrastructure would be better invested in Astra. Kubernetes is the next market. It’s not a case of customers just thinking about Kubernetes. They’re thinking about how to manage Kubernetes.”

“Architecturally, a case can be made for hyperconverged infrastructure,” Woodall told CRN. “But outside of the argument about the merits of one HCI technology versus another, the market is also very dynamic outside of HCI with the cloud, Kubernetes and digital transformation.”

It makes sense for NetApp to focus on Project Astra instead of HCI going forward, Woodall said.

“If you look at Astra, the market for microservices and at the crumbling data center wall that is pushing applications to proliferate to the edge, NetApp is remaining focused on data services and not on the data center,” he said. “And Astra is software-defined. It gives customers freedom and flexibility to determine what hardware to deploy. And that is an easy discussion if a technology is software-defined.”

NetApp is not a compute vendor outside its NetApp HCI technology, Woodall said.

“NetApp, by effectively letting everyone know it is exiting HCI a year before it happens, is giving customers time to think about what they are doing and why,” he said. “It’s not an easy discussion. But it makes sense. NetApp is saying it’s exiting one market in favor of another.”