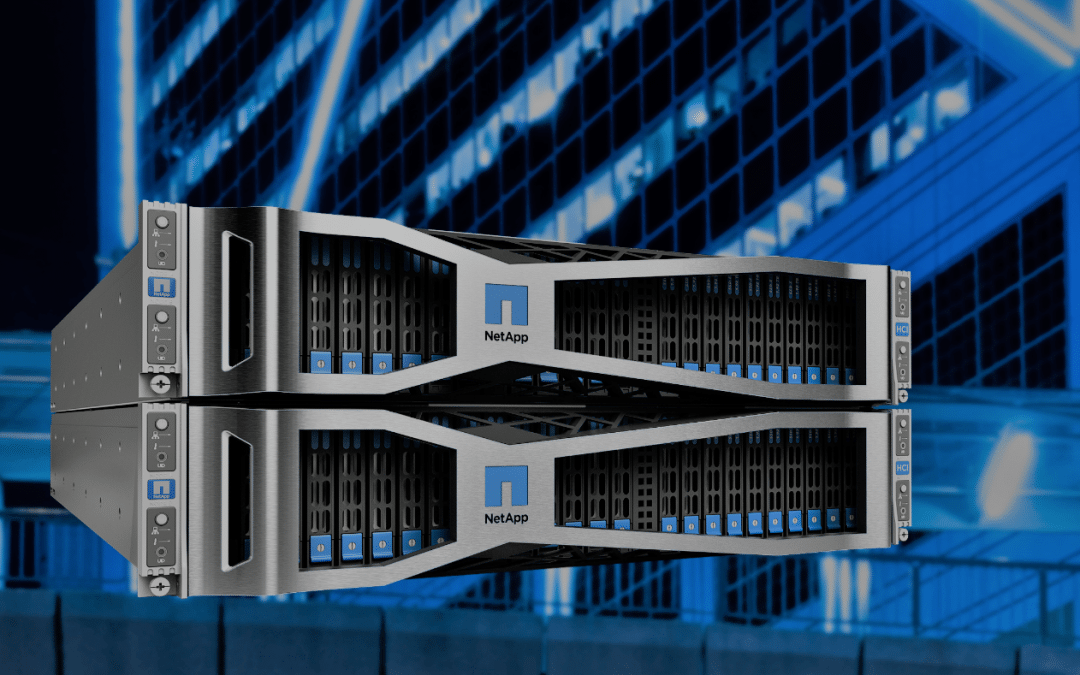 Storage and cloud data services vendor NetApp has started shipping a new version of its hyperconverged infrastructure line aimed at helping its channel partners bring the technology to remote office and edge deployments.

The new NetApp HCI 2 Node has the same architecture and management capabilities of the original NetApp HCI product line.

“It’s part of the HCI family, but designed to start small at the edge and grow,” Walsh told CRN. “Customers can use it as a stand-alone appliance or as part of a larger infrastructure.”

Unlike most hyperconverged infrastructure offerings, NetApp HCI has a disaggregated architecture in which storage and compute nodes can be independently scaled while remaining managed as a single appliance.

A lot of the more mature hyperconverged infrastructure vendors have had lower-cost products for remote offices and branch offices, but NetApp had trouble competing in that space because of the higher entry point and the corresponding cost, Woodall told CRN.

“HCI 2 Node gives NetApp an opportunity to open up a new set of the market—small offices, retail stores, departments, anywhere customers need a smaller starting point—that NetApp could not reach before,” he said. “It has the same architecture, the same management tenets of the original platform but now at a lower selling point.”

This is the No. 1 thing NetApp partners have been asking for, Woodall said.

“We couldn’t get the right price point to reach the smaller market,” he said. “Now we can do so with the same architecture as NetApp’s HCI.”

Woodall, whose company is already quoting the NetApp HCI 2 Node to customers, said the new offering gives the ability to grow inside an account.

“Hyperconverged infrastructure deals tend to grow small to large,” he said. “The typical new HCI customer starts small to try it. If they have success, they’ll bring it to larger offices and the enterprise. But they need the first footprint to get a bigger footprint.”

Walsh said the NetApp HCI 2 Node in general has the same range of capabilities as the company’s original HCI line, and that the two can be mixed and matched.

“It can be configured with smaller memory, lower-power CPUs, and lower-cost drives for edge requirements,” he said. “But for global expansion, we wanted this to be part of a seamless process to start small and expand as needed.”

NetApp sees the new model in such use cases as edge infrastructure, remote offices, oil rigs, remote telecom data centers and more, and believes it will be a particularly good play for artificial intelligence inferencing, Walsh said.

“In large clouds and data centers, customers have large data lakes where they create models,” he said. “The models can be transferred to the edge to look at data collected there, check for anomalies, and returned to the data lake to improve auditability.”

Because the original NetApp HCI scales by either storage or compute, it started as a midsize-business offering, said Chris Lamborn, NetApp’s head of worldwide partner go-to-market and programs.

The NetApp HCI 2 Node lets channel partners enter the edge at a smaller price point and smaller scale and tie into larger deployments, including those with the joint NetApp and Cisco FlexPod converged infrastructure, Lamborn told CRN.

“We were seeing is that a lot of the HCI deployments start from the edge,” he said. “What we are actually experiencing was our partners trying to deploy a lot of HCI on the edge with a FlexPod in at the core. And so the strategy on this is a really simple one: Put out a smaller, lower-cost unit that can sit at the edge that opens that HCI engagement and the benefits of that, and enable that to connect to either a central point of HCIs or into a FlexPod.”

Channel partners should find the NetApp HCI 2 Node to be a new way to generate services revenue, Walsh said.

“There’s a very small learning curve for the product,” he said. “It uses the same vCenter controls, and looks and acts like the existing environment.
This will let partners go deeper into organizations than they did before with customers working with data scientists. This should help partners expand into those accounts.”