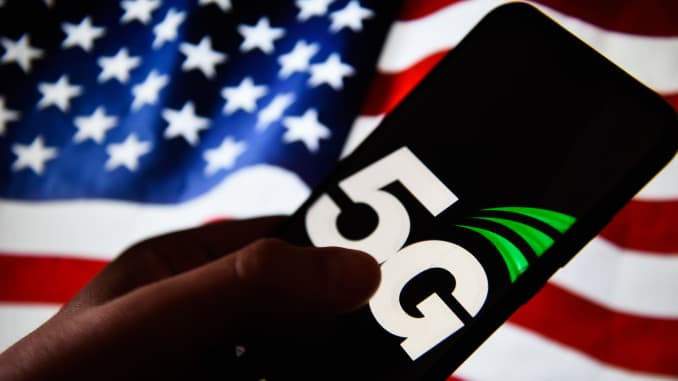 State of the Union address focuses on technology—briefly

If you missed it, you’re probably not the only one. It was fleeting, but if it slipped past you, technology was a focal point for one brief, shining moment during last night’s State of the Union address. President Trump alluded to technology when he mentioned the need to increase the federal government’s “investments in the cutting-edge industries of the future.” Given the technological arms race between China and, well, the rest of the world, it’s a safe bet that 5G and AI were on his mind.

Executive Orders are waiting in the wings

The Wall Street Journal reported that Trump is preparing a number of executive orders to ramp up 5G and AI (Artificial Intelligence). While we’ll have to wait patiently to learn what specifically will be addressed, the Journal reports states that, according to administration officials, the orders will involve more government resources to advance AI and nudge private companies to enter the race to 5G.

According to Michael Kratsios, a White House technology policy aide, Trump’s overarching technology-related goal is to help ensure that American innovation will remain the envy of the world for generations to come.

Without mentioning the world’s most populated country, Trump’s commitment is clearly aimed at better competing against China, which is, according to most industry analysts both here and abroad, the far and away leader in the race to 5G. That’s not to say security-related issues are playing second fiddle, though. It’s a widely held suspicion that companies utilizing telecom equipment from China—most specifically equipment manufactured by Huawei or ZTE—are opening the door for Chinese espionage.

The United States and several Western European countries are mulling over legislation that would ban equipment manufactured by Huawei or ZTE. On Wednesday, Rob Strayer, the deputy assistance secretary for cyber and international communications and information policy, warned countries that purchasing Huawei networking gear would expand China’s surveillance capabilities to all four (4) corners of the world. Strayer warned that by using its massive 5G presence, Huawei would be poised to steal trillions of dollars in intellectual property and more easily deploy malware and attack competitors’ networks.

Can you afford to not talk to Security Experts?