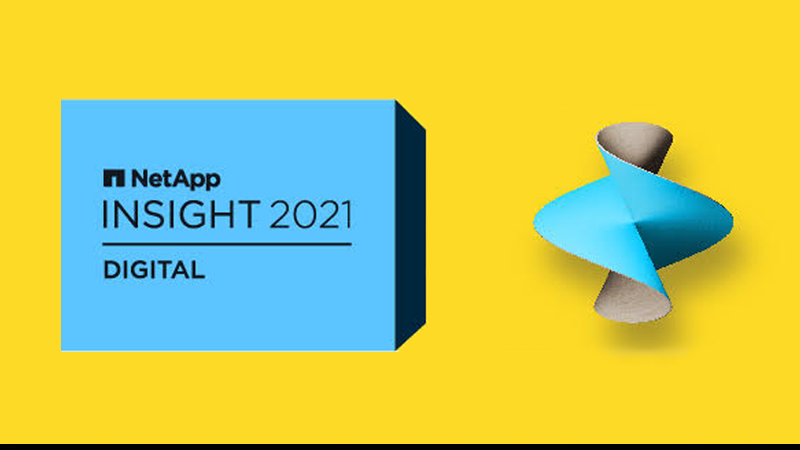 “NetApp is on a relentless move to innovate,” Tanase told CRN.

NetApp has been talking about the cloud since around 2012, Woodall told CRN.

“NetApp has been articulating and refining its cloud strategy for several years,” he said. ”There are a number of companies out there looking to copy its strategy. But NetApp is very well-positioned for the future.”

NetApp Wednesday updated its Ontap data management software with support for running the high-performance NVMe storage protocol over TCP networks about two months after teasing about plans to do so.

Tanase said NVMe over TCP, also known as NVMe/TCP, is a more resilient technology that iSCSI, which has been a dominate part of the storage business for years.

And, unlike other moves to introduce NVMe over Ethernet, which requires changes to networking switches and cards, NetApp‘s NVMe over TCP works with existing standard networking technology, he said.

“You can expect a big drop in latency and increase in IOPs (in-out operations per second),” he said. ”You should also see a decrease in hist-side CPU utilization as well. But how much you will see will vary according to the situation.”

NVMe over TCP also simplifies the sales motion, Woodall said. “There‘s no need to change out any hardware,” he said.

NetApp has been using AI to understand writing patterns with data to understand if a client is being attacked by ransomware and make it possible to take snapshots of data for later recovery, he said.

“The difference now is in the time to reaction,” he said. ”Other technologies make users aware of an attack, but what is the plan for afterwards? We’re looking to detect intrusions quickly by understanding the write patterns to give time to react.”

“Now it triggers a silent snapshot,” he said. ”The next step is to develop a warm copy so no one can delete all the data. Later, we’ll take a snapshot for use off-line. We’re looking at how much autonomy to build in for the user.”

Its new anti-ransomware technology adds to that security heritage with new ways to see abnormal changes to data and feed alerts into NetApp‘s ActiveIQ technology to send alerts while creating a snapshot that limits the “blast radius” of the attack, he said.

Sophisticated ransomware attackers know there will be snapshots of data, and so will delete snapshots and backups, and NetApp has for years made immutable snapshots available to have copies that cannot be deleted or modified. The new technology makes it easier to protect against sophisticated attacks, he said.

Also new from NetApp is the integration of both NetApp Keystone, the company‘s subscription service for managing data, and NetApp ActiveIQ, its AI-based storage analytics technology, to its Cloud Manager technology for monitoring and orchestrating of on-premises and cloud storage.

“This builds a one-stop shop for customers to manage hybrid and multi-cloud use cases,” Tanase said.

That integration is an interesting move for NetApp because of all the ways NetApp Keystone helps customers consume storage including leasing, on-premises storage as a service, or Cloud Volumes Ontap subscriptions, Woodall said.

“Cloud Manager is increasingly the single point of control for hybrid cloud deployments,” he said.

NetApp Wednesday also introduced a new all-flash storage hardware platform, the AFF A900. The A900 is similar to its current A700, and A700 customers get the new performance of the A900 by replacing the PCM module, which contains the memory and processor, Tanase said. This lets them upgrade storage without replacing their existing capacity shelves, he said.

“There‘s a lot of conversation around the cloud,” he said. ”But we believe it’s important to think hybrid.”

The A900 is expected to be available in November, followed next year by the FAS 9500 which Tanase said is similar to the A900 except that it features both flash and hard disk capacity with server-class memory for performance.

“NetApp has added things to the platform over the years, including NVMe over Ethernet and new cards,” he said. ”Now customers can swap the controller for an in-place upgrade to the A900.”