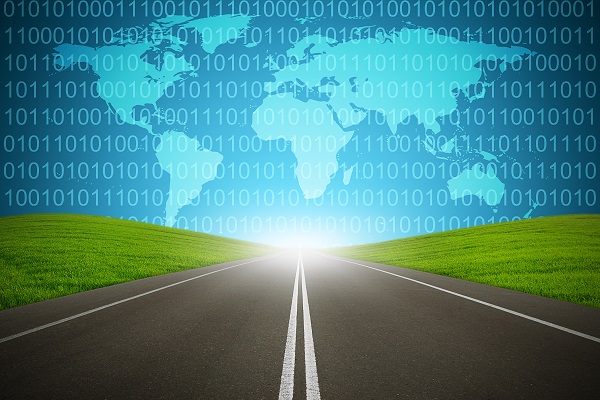 According to a recent study by a New York-based IT consultancy firm that works exclusively with Fortune 1,000 corporations, large companies aren’t transforming into truly data-driven organizations as fast as you’d suspect. The big boys, as it turns out, are a little behind the curve when it comes to utilizing data and analytics to help drive their organizations. Apparently, the road to digital transformation is paved with fewer Fortune 1,000 logos than you’d think.

While determining the degree at which organizations are data-driven is subjective, its meaning isn’t. In its basic of definitions, data-driven refers to the management of captured data to help, through analytics, develop business- driving and revenue-generating strategies and initiatives. Let’s face it, hunch-based decisions aren’t as sound as those derived through analytics.

The survey included sixty-four (64) C-Level technology executives from some of the world’s largest corporations—the biggies, ones we’ve all heard of, and many whose products we use daily. But it’s definitely not that they don’t regard becoming data-driven as highly important. It’s just that a spate of obstacles, both internal and external, have hamstrung their efforts.

Their impeded journeys aren’t due to a lack of spend, though. Over ninety percent (>90%) of those surveyed reported that their AI and Big Data spends are growing, and over fifty percent (>50%) said their investments in both have exceeded over $50 million. And respondents confirmed that they’re building organizations specifically to address them. In fact, almost seventy percent (<70%) currently have a Chief Data Officer. But here’s a big issue: seventy-five percent (75%) fear that moving too aggressively toward Big Data and AI may kink up their operations. They’ve spent the money, hired the driver, but they’re skittish about getting the race car onto the track.

What’s holding them back?

Evolving into a data-driven organization, especially when employing hundreds of thousands of workers in dozens of countries and spanning several continents, is no mean feat. It’s a slow process, even painfully so. Nobody would argue that point. But the slow migrations can be chalked up to more than a simple “It takes a while” retort. Over forty percent (>40%) stated that their organization isn’t properly and cohesively aligned to become data-driven, and almost twenty-five percent (<25%) said that cultural resistance is hampering their speed to digital transformation. Interestingly, though, just over seven percent (>7%) said that technology (yes, technology!) didn’t present any of the primary challenges. Here’s what did—business adoption. Almost eighty percent (<80%) cited it as their greatest challenge.

Another issue that may be holding them back is immediate need to secure revenue, which can easily push data-driven initiatives to the back burner. They know how digital transformation will enhance and advance their organization, but revenue will always hold the trump card.

Additional, and rather surprising, findings

One (1) of the things that’s surprising is that the percentage of respondents who identified their organization as being data-driven has dropped in each of the past three (3) years, from thirty-seven percent (37%) in 2017 to a skosh over thirty percent (30%) today. Here are a few more shockers:

Questions about how to transform your organization into one (1) that’s data-driven?

If you’d like to learn more about how AI, Big Data and Analytics can digitally transform your organization, talk to the expert solutions architects and engineers at GDT. For years they’ve been helping customers of all sizes, and from a wide array of industries, realize their digital transformation goals by designing and deploying innovative, cutting-edge solutions that shape their organizations and help them realize positive business outcomes. Contact them at SolutionsArchitects@gdt.com or at Engineering@gdt.com. They’d love to hear from you.