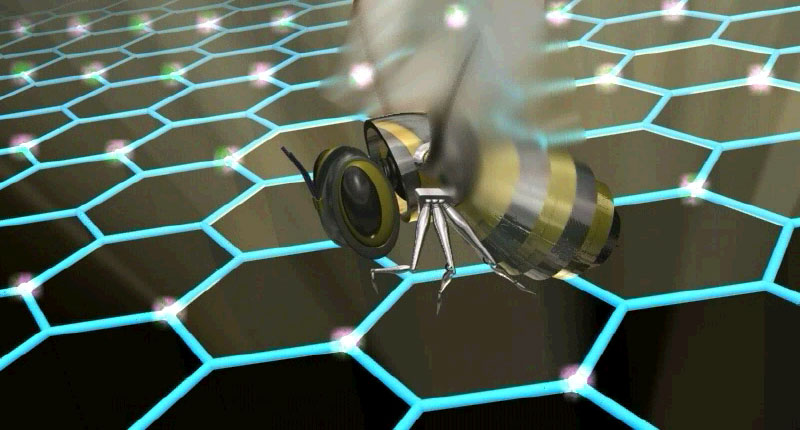 Farmers may soon have a new, hard-working friend

First off, check today’s date. You’ll notice that it’s not April 1st. Yes, what you are about to read is real—and nothing short of amazing. And, perhaps best of all, it’s an IoT story.

Researchers at The University of Washington have developed a backpack for (wait for it, wait for it) bees. While it’s unclear how they affix them (imagine trying to get their little arms through the straps), the backpacks are so light—.0035 ounces—that they allow the little critters to buzz around unfettered. They’ve yet to determine if the bees are burning more calories than normal, but it stands to reason they are. It just so happens that bees also weigh about .0035 ounces. But cardio aside, the best part is what the backpack carries—data!

In the event you’re unaware, farmers currently monitor crops with drones to, obviously, increase production and revenue. Thermal imaging from drone-captured video can quickly provide better views of the crop canopy, which tells them, among other things, which farming methods work the best. And while the bees aren’t capable of providing video—yet—they don’t require hours of battery recharging. The backpacks can gather up to seven (7) hours of data; find a drone that will stay in the air longer than thirty (30) minutes. Currently, the backpack sensors can only store about 30 kB of data, which limits them to collecting basic information related to light, temperature and humidity. But, as researchers do, they’re looking for ways to collect more, even live, data.

The researchers had to skirt the need to utilize GPS, which is a power hog. They got around this by scattering broadcasting antennas that, through triangulation, can detect the backpack’s position based on its signal strength. Collected data is then sent by reflecting radio waves from nearby antennas, a process known as backscatter.

Yes, there are control issues. Until they can be properly trained, there’s no telling where the bees will go (no, they’re not attempting to train them). The researchers are working on ways to collect data only when the bees are flying over certain areas. But the good news is that bees go back to their hives, where the backpacks will get recharged wirelessly (try finding a charging port on a crumb-sized backpack). As yet, there’s no information on how they’ll keep rogue bees from flying off with the backpacks, then selling them on eBay.

GDT’s tenured, talented solutions architects, engineers and security analysts understand how to design and deploy IoT—including Smart City—solutions for enterprises, service providers, government agencies and cities of all sizes to help them enjoy more productivity, enhanced operations and greater revenue. GDT helps organizations transform their legacy environments into highly productive digital infrastructures and architectures. You can reach them at SolutionsArchitects@GDT.com or at Engineering@GDT.com. They’d love to hear from you.