Election results are in, but there’s one (1) tally that remains to be counted 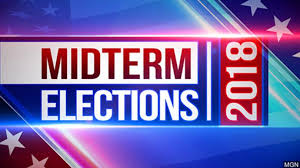 The midterms are over, most of the concession speeches have been grudgingly made, which thankfully means no more yard signs or unwanted texts from candidates, and no longer having to hear “This message has been approved by…” at the end of competitor-bashing ads. But now it’s time to find out how the elections “really” went―as in how well did preparations to quash election-related cyber threats work. While some might roll their eyes at the subject of election-related cyber threats, especially as they relate to the 2016 Presidential election, they’re a very real issue and pose a considerable threat. Even the smallest, seemingly mildest of attacks could sway the results in a tight race. Some politicians have already made claims pointing to election-swaying cyber threats, and that was on Monday, prior to the election—Brian Kemp, a Georgia Republican, was the first to make clear his belief that this election has already received its fair share of hacking.
The federal government has had two (2) years to fortify its cyber security position, and Monday night it issued a joint statement endorsed by the DOJ, the FBI, the Department of Homeland Security and the Office of the Director of National Intelligence in an attempt to allay voters’ fears: “Our agencies have been making preparations for nearly two years in advance of these elections and are closely engaged with officials on the ground to help them ensure the voting process is secure.” Department of Homeland Security Secretary Kirstjen Nielsen confidently stated that these elections will be “the most secure election we’ve ever had.” Hopefully, she’s correct.

When just the threat becomes the biggest threat

One (1) of the many concerns surrounding the election had nothing to do with actual threats, but with the voting public’s fear of them. Election officials were concerned that these fears could dissuade people from heading to the polls. The federal government focused much of its efforts on helping local election officials better secure voting infrastructures, primarily as they pertain to social media’s obvious effect on elections. Their tactic? To use the medium to disseminate correct and accurate information, and to persuade voters to hit the polls without fearing their vote won’t count. For instance, addressed misinformation spread via Twitter that U.S. Immigration and Customers Enforcement officials would be stationed at polling places to check voters’ immigration status. Twitter and Facebook attempted to head this off by scanning for such content, then wiping it clean. On Monday, Facebook announced that it had taken down well over a hundred accounts for this reason. In addition, they assembled a staff to work ‘round the clock to address and respond to allegations related to voter fraud.
Social media companies have been scanning websites that publish polling locations to help ensure accurate information was being distributed. Bad info means disgruntled voters, which could mean heading home without casting a ballot. This issue was detected on websites located in Florida, California and Georgia. In addition to its aforementioned statement, the federal government urged voters to check and verify the source of polling location information.
While several cybersecurity firms and election officials haven’t seen cyber attacks on any systems related to the actual voting process, they have reported seeing an increase in attacks on infrastructures and websites. There have been reports that votes cast for Texas Democratic Senate candidate Beto O’Rourke were automatically switched to Republican incumbent Ted Cruz. While they believe this is a case of voter, or user, error, officials have posted signs to remind voters to carefully inspect their voting summaries prior to submitting them. In the oft chance that it wasn’t user error, officials were quick to point out that it has nothing to do with a cyber attack. This hyper focus on a fair and impartial election has shifted the focus by many on the need to have a paper trail, and that electronic voting should be a thing of the past. But while paper trails would certainly be a good thing, having them wouldn’t help battle cyber attackers who desperately want to influence elections.

The election process in the U.S. is widely dispersed—there’s no vast, single system to infect. That’s a good thing. However, this dispersion makes it harder to detect malicious activities, as officials in one area may not be as diligent, or possess the threat-detecting skill sets, as those in others. And if one is discovered, it would have to be effectively communicated to tens of thousands of polling officials scattered throughout the United States.

The Key is Coordination

The overall success of the federal government’s fight against election-related cyber threats will depend on how well they communicate with local election officials and the social media companies. And while they’ve undoubtedly made headway in the quashing of threats, we may never know just how much this election was, and future ones will be, affected.

Questions about cyber threats and IT security?

If you have a security-related questions, and who doesn’t in the IT industry, contact the security experts and analysts at GDT. They manage GDT’s 24x7x365 Security Operations Center (SOC), from which they oversee network security for many of the most noted enterprise organizations and government entities agencies in the world. Contact them today at soc@gdt.com. They’d love to hear from you.

Hiring a hacker probably shouldn’t be part of your business plan
Phishing is up, and you should probably let your college-age kids know about it
Gen V
Sexy, yes, but potentially dangerous
Tetration—you should know its meaning
It’s in their DNA
Rx for IT departments—a security check-up
When SOC plays second fiddle to NOC, you could be in for an expensive tune
How to protect against Ransomware