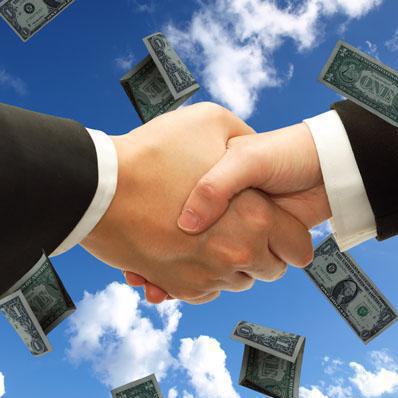 General Datatech this week unveiled a major equity investment that the solution provider will use in part to acquire more managed services providers as it prepares for “hyper growth.”

The investment in GDT by H.I.G. Capital, a Miami-based provider of debt and equity capita to small and mid-sized companies, gave it about an 80 percent stake in GDT, with the reminder of the company remaining in the hands of J.W. Roberts, who founded the solution provider about 30 years ago and is currently the company‘s chairman.

Ducatelli told CRN the that while GDT unveiled the investment this week, it was actually concluded in the second half of 2021. He declined to discuss the dollar value of the investment.

Roberts decided it was the right time to get some external capital and better position the company as it invests in growth, managed services, professional services, its licensing business, and its core data center business, Ducatelli said.

“So it was really time where [Roberts] felt the need to get additional capital in so we could both organically grow and then look at acquisitions,” he said. “And it was the right time in 2021 to make that happen. So he stayed on as the chairman.”

The investment is key to growing GDT, which in 2021 had revenue of about $1.2 billion and which expects to double that within the next few years, Ducatelli said.

“We see a strong market, strong customer base, clients looking to focus on their core competencies and partner with IT professionals that do what we do best, which is helping them either solve business issues, tech problems, or making them more efficient in leveraging emerging technologies,” he said.

H.I.G. invested in GDT, which is listed no. 96 in CRN‘s 2021 Solution Provider 500, as a foundation platform to acquire other solution providers, Ducatelli said.

“A big part of the discussion between GDT and H.I.G. was, what would that look like four years down the road, and what economies of scale we can offer,” he said. “GDT is invested significantly in world class systems. We use SAP, we have ScienceLogic as part of our platform. We also have ServiceNow for service dispatch. We use Workday as our HR [human resources] and as part of our financial systems. So we‘re able to scale off this platform five [or] ten-X. And H.I.G. saw tremendous value in that as well.”

H.I.G. viewed GDT as being able to provide the foundation both from a national as well as a global perspective to bring in new higher margin technologies, managed services, and professional services that continue to be a core competency for GDT, Ducatelli said.

“But really the main focus, just like for every other integrator out there, is looking at how do we become more sticky with our clients,” he said. “How do we get to do more services and obviously more managed services, whether it be network-as-a-service, could be SD-WAN-as-a-service, could be data center-as-a-service, whatever comes out, we have to be able to provide.”

GDT in December also filled out its executive team with the hiring of Daniel Mosley as its new chief revenue officer. Mosley spent nearly 16 years at Dimension Data, where he last served as senior vice president of Americas Sales. After NTT acquired Dimension Data in late 2010, Mosley stayed on and eventually became senior vice president of sales there.

Prior to the hiring of Mosley, Ducatelli served as chief revenue officer for about four-and-a-half years, with the last year-and-a-half serving double duty as CEO and CRO, Ducatelli said.

“We knew that as part of our growth trajectory, we had to get me out of playing multiple roles, and bring in a dedicated person as a chief revenue officer,” he said. “I had met Dan many times in the industry at different events. He has a great reputation with partners growing business.”

With the new investment and new leadership team, GDT is ready to execute against its strategic imperatives and the growth strategies around expanding its services portfolio, Ducatelli.

GDT has always been a solution provider, not a “VAR” or “reseller,” and has always wrapped services around the solutions it provides, he said.

“But the hyper growth that we are expecting to get from the new leadership and the investments in hiring new reps, new solutions architects, and engineers across the country, and then underpinned by ability to do a couple acquisitions, will help us hyper-accelerate some of the areas that we want to focus on,” he said.