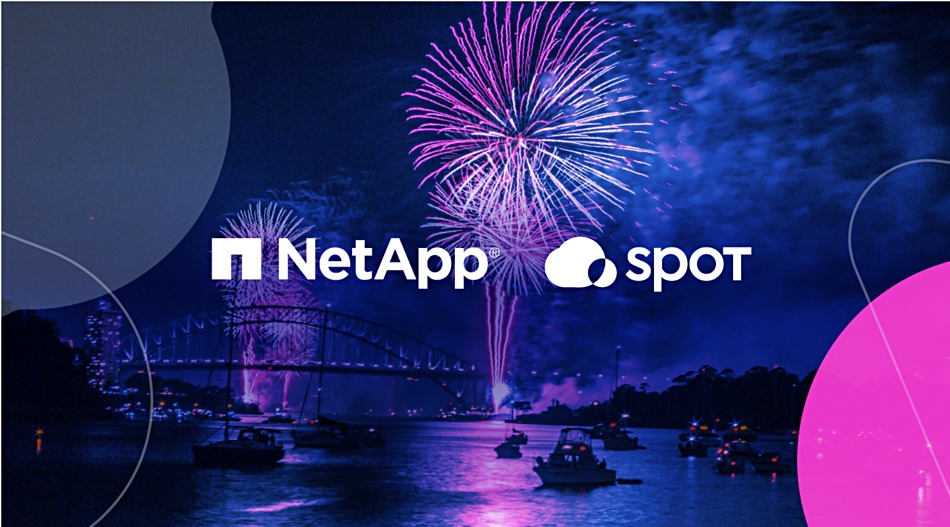 Storage and cloud data services technology developer NetApp on Wednesday said it plans to acquire Spot, a developer of technology to manage and optimize compute on public clouds.

“Amazon, Azure, and Google have all sorts of unused compute instances it offers on the spot market,” he said. “However, public clouds can take away those instances with a two-minute notice. Spot can understand your commercial terms and the availability of resources, and manage those instances around your SLAs. And if there is no spot instance available, it defaults to its reserved instances.”

Spot’s application-based compute optimization, which works across containers, data lakes, and other cloud-native capabilities, are important to ensuring applications running in the cloud offer the right combination of performance and cost, Lye said.

“People like me like using the public clouds,” he said. “But we’re not good at optimizing the infrastructure. We tend to not take the least expensive options, and we waste resources. With Spot, customers are seeing 70, 80, 90-percent cost savings.”

“We bring storage, Spot brings compute,” he said. “We bring the enterprise, they bring the public cloud. Spot is affecting the compute side of using public clouds, which accounts for about 40 percent of the bill. We affect the storage side, which is also about 40 percent of the bill. So now we will impact 80 percent of customers’ bills. This lets us help customers with cloud optimization and further our partnerships with AWS, Azure, and Google.”

Lye contrasted that capability with the traditional way of putting together the infrastructure needed to run an application which included contacting the IT department for needed compute and storage resources and then putting them together.

NetApp has made its core storage technology including high-performance storage optimization, deduplication, and compression capabilities available across Kubernetes, data protection, compliance, IaaS, and SaaS workloads, and can be expected to do the same with Spot, Woodall told CRN.

“NetApp has always delivered storage management tools,” he said. “Now we as partners can manage and do cost optimization not only for the storage component but also for the compute component. The number one issue people face in the cloud is management and costs. NetApp is building a platform that is cloud-agnostic to storage and is compute-aware.”

The best part, Woodall said, is that Spot, like all NetApp’s recent cloud-focused acquisitions, are all SaaS-based.

“So there’s no need for a long integration into NetApp,” he said. “There will be integration points. But NetApp can also drive value from day one as it’s doing the integration. I’m dying to hear what the roadmap will be. I’ve been seeing a very structured approach as NetApp starts to lock in the different pieces.”

NetApp and Spot are no strangers to each other. Lye said NetApp has been using Spot in its own development, including testing and development of its flagship Ontap storage platform, saving about $2 million a year in compute costs as a result. Meanwhile, Spot uses NetApp’s Cloud Volumes for their test and development, he said.

NetApp is not disclosing the purchase price of Spot, Lye said. The company is also not yet disclosing integration plans given that it is still going through regulatory approvals for the acquisition, he said.

However, Lye said, NetApp has been developing storage optimization technology for nearly three decades, and its technology is now firmly planted in the three largest public clouds.

The acquisition of Spot follows a couple of other acquisitions NetApp made this year to expand its reach into public clouds.

NetApp in April acquired Talon Storage as a way to help businesses centralize and manage NFS (file) and SMB (block) storage on any of the top three hyperscaler cloud providers or on-premises while keeping it easily accessible at the edge.