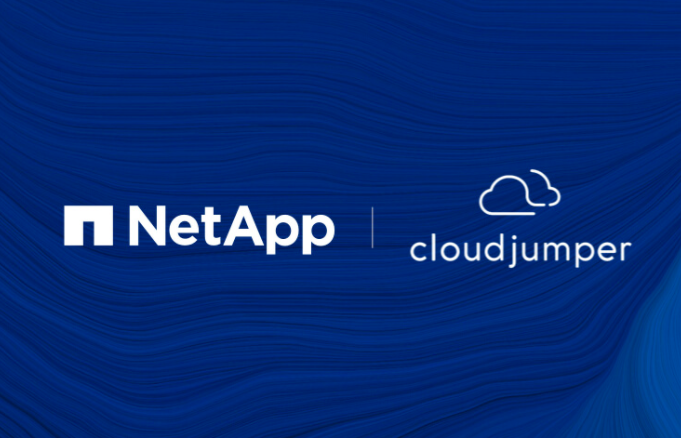 NetApp’s acquisition of virtual desktop infrastructure management company CloudJumper gives NetApp and its channel partners new ways to build on NetApp storage to further their reach into the cloud.

“It’s interesting to see a storage company like NetApp broaden its portfolio beyond storage,” Chris Pyle, president of Champion Solutions Group, a Boca Raton, Fla.-based solution provider and NetApp channel partner, told CRN. “NetApp has had the storage infrastructure for VDI (virtual desktop infrastructure), but not the tools to manage it. Now it will.”

NetApp has been involved in the VDI business for years, with a lot of customers running their virtual desktops on NetApp storage, both on-premises and in the cloud, said Vikram Bhatia, vice president for go-to-market strategy and partnerships for NetApp cloud services.

VDI has been a big focus for NetApp because businesses are increasingly using the technology to move to Azure, Google, and AWS, Bhatia told CRN.

Prior to the acquisition, CloudJumper was already being integrated on NetApp on-premises and cloud storage infrastructures, including NetApp’s Cloud Volumes and its Azure NetApp Service, and the two companies have a large overlap in channel partners, Bhatia said.

Further integration now that NetApp has acquired CloudJumper will make it easier for partners to build managed services around VDI, Bhatia said.

“We will manage all the infrastructure in the cloud,” he said. “Customers will be able to just fire up virtual desktops as needed. As the CloudJumper team comes into NetApp, we will be able to add complimentary offerings, such as our SaaS data protection for Office 365. NetApp is focused on enabling solutions for customers.”

NetApp’s channel partners said the vendor is continuing to drive new opportunities with its expanding cloud focus, and the CloudJumper acquisition fits in well with that strategy.

Champion Solution Group’s Pyle has been selling VDI management technology from CloudJumper rival Nerdio, but will be giving CloudJumper a new look because of its acquisition by NetApp.

Customers can run VDI without technology from companies like CloudJumper or Nerdio, but their technologies make offering VDI so much easier, simpler, and better, Pyle said.

“NetApp provides an awesome solution for storage,” he said. “And it has a great infrastructure to support VDI. As it brings CloudJumper in, it’s a nice little story for NetApp, its partners, and its customers. It’s part of NetApp’s overall movement towards cloud management. If you had asked me yesterday whether NetApp would buy a VDI company, I would have laughed. Today, it makes sense.”

While virtual desktops have been around for years, the world has changed with the COVID-19 coronavirus pandemic, said John Woodall, vice president of engineering west at General Datatech, a Dallas-based solution provider and NetApp channel partner.

NetApp has over the last few years been building its cloud capabilities with such acquisitions as its 2017 acquisition of Greenqloud for cloud automation, and its 2020 acquisition of Talon Storage for its ability to centralize data from multiple branch offices to the cloud, Woodall said.

CloudJumper fits right in with that strategy, Woodall said. It is focused on VDI optimization, and doesn’t care what cloud it works on.

“The CloudJumper platform does automatic optimization, letting a workspace spin up when needed and spin down when not,” he said. “That increases the efficient use of resources. And if a company has Microsoft licenses, CloudJumper helps optimize the use of those licenses.”

The CloudJumper acquisition, in addition to being a key part of NetApp’s cloud strategy, will also make it easier for partners to make NetApp a part of their managed services, Woodall said.

NetApp’s Keystone platform, introduced in October, is NetApp’s MSP offering, and Cloud Jumper is a managed service, he said.

“I will be interested to see how CloudJumper influences NetApp’s MSP focus,” he said. “In the future, all partners will be focused more and more on managed services. The forward-looking reseller of the future will look more like an MSP as their customers focus more on what makes them money and less on infrastructure.”

NetApp has already proven it is the top provider of data services technology for the cloud, and provides the file services used by Azure and Google Cloud Platform, said Ned Engelke, chief technology officer at Evotek, a San Diego-based solution provider and NetApp channel partner.

“NetApp has added tools like Kubernetes, and Data Fabric orchestration for helping make storage decisions in the cloud,” Engelke told CRN. “NetApp wants to make it easy to move data to wherever it needs to be based, not on some particular cloud, but according to cost and performance requirements.”

Customers today are stuck with data silos as they work on three or four different clouds and in a data center, and as multiple product group factions have their own requirements, Engelke said.

“NetApp is saying, let’s start with something everyone is doing in the cloud, Kubernetes, and do it across the major hyperscalers all managed together with orchestration on top. With its acquisition of Talon Storage, that has been extended to remote office and back office infrastructure.  And now they’re moving up the stack to applications like VDI. What NetApp is doing is putting together something that everybody thinks the cloud already does.”