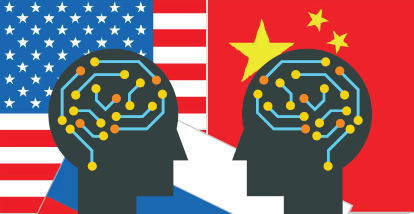 On Monday, the Department of Justice (DOJ) held a press conference to announce that it is seeking criminal charges against Huawei, China’s mobile manufacturing giant. The company and its CFO, Meng Wanzhou, who is the daughter of Huawei founder and president Ren Zhonghe, are accused of bank and wire fraud, money laundering and conspiracy. In addition, Huawei is accused of obstructing justice.

At the news conference, FBI head Christopher Wray stated that the charges “lay bare Huawei’s alleged blatant disregard for the laws of our country and standard global business practices.” Not surprisingly, Huawei insists it’s innocent of all charges.

In 2014, T-Mobile, the number three (3) wireless service provider in the U.S., slapped Huawei with a civil suit. While a jury ruled in favor of Huawei, determining that T-Mobile didn’t suffer damages and Huawei didn’t engage in willful or malicious conduct, the DOJ wasn’t satisfied with the ruling. They’re convinced that Huawei stole information related to Tappy, a robot T-Mobile uses to test its smartphones.

Meng, who was arrested in Canada last month at the behest of the United States government, is accused of violating the aforementioned trade sanctions against Iran. After her arrest, the United States filed extradition paperwork, but Meng remains in Canada. A three-day bail hearing in Vancouver resulted in the court’s ruling that she was indeed a flight risk. While she was allowed to be released after posting a $7.2 million dollar bail, she is being closely monitored by the Canadian government and sports an electronic ankle bracelet.

In addition, draft legislation is making the rounds in Congress that would make it illegal for U.S. companies to sell chips or other components to either Huawei or ZTE.

Both Australia and Japan have been lobbying telecom companies in their respective countries to steer clear of utilizing Huawei to advance their 5G initiatives. They fear the company’s equipment will result in spying by the Chinese government.

Security Questions? Talk to the Experts

To find out how to secure your organization’s network and protect mission critical data, contact GDT’s tenured and talented engineers and security analysts at SOC@GDT.com. From their Security and Network Operations Centers, they manage, monitor and protect the networks of companies of all sizes, including those for some of the most notable enterprises, service providers, healthcare organizations and government agencies in the world. They’d love to hear from you.